By Madison Loethen 49 -year-old married mother of two Nancy Gillig remembers getting the call that changed her life. She had just undergone a routine mammogram at Boone Health’s Harris… 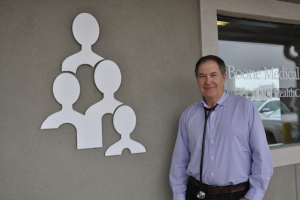 Nathaniel “Bud” Murphey, MD, of Boone Medical Group Ashland is well known in his community and is loved dearly by his patients. He has practiced medicine for more than 35 years in mid-Missouri and has been in Ashland for over 20 years. While he’s known for caring for the health of many, some may not know that the doctor recently overcame a major health scare himself. 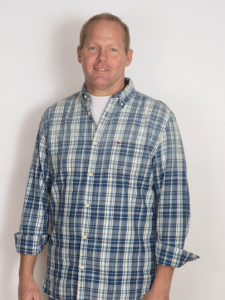 Community members teamed together to send firefighter and cancer patient Marc Wright to New York City to ride along with Rescue 1. 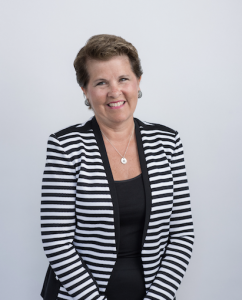 Jill Cox stepped into Boone Hospital’s Harris Breast Center feeling somewhat confident. She scheduled her routine mammogram for that day after realizing it’d been a couple years since her last scan. The friendly admissions staff greeted her, and she took a seat. Soon she was called back and prepared for the exam. 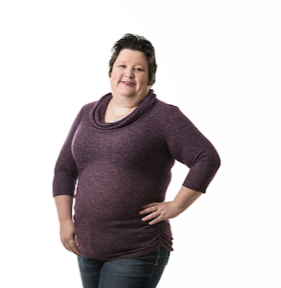 Winter months are notorious for cold and flu season, and in February 2016, Emily Hawkins was sick. Without a primary doctor, she went to an urgent care center. Within nine days, she returned to the clinic five times, walking away with diagnoses of strep throat and thrush – but finding no relief for her malaise or the headaches and fatigue she felt. Emily went to Boone Hospital Center to have some tests done. 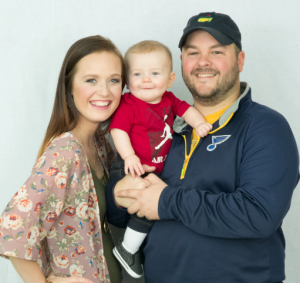 Dana first noticed a lump in her neck when she was singing in the car. She was driving alone and casually scratched an itch on her neck. Her first thought was that it must be another infection causing her lymph nodes to swell, just like one that happened earlier that year. But instead of going down over time, the lump got bigger. 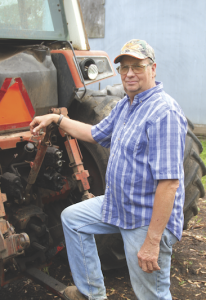 Ron Gladbach was careful. As a longtime farmer and someone with a family history of skin cancer, he knew he was at high risk. He often checked his skin for signs of cancer, focusing on areas frequently exposed to the sun, like his face and ears. 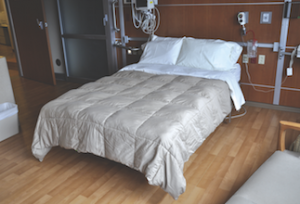 When someone is nearing the end of life, there is nothing more comforting than the closeness of friends and family. This is the idea behind the new double bed at the Stewart Cancer Center at Boone Hospital. 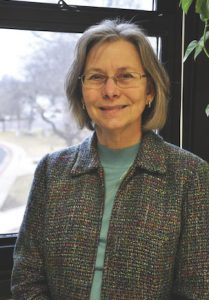 Kathleen Metter knew when she turned 50 that she should schedule a routine colonoscopy. As a biology teacher at Hickman High School, where she teaches 10th graders, Kathleen wasn’t squeamish. “Nobody likes to talk about the colon, but it’s a part of us. But everybody’s busy and has to find the time for screening.” 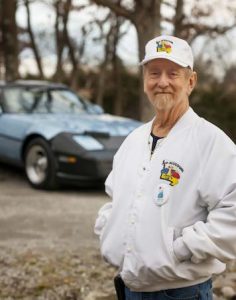 Until late 2013, John Johnson had lived a remarkably healthy life. Even as he neared 70 years old, his body remained in near-peak condition. John credited his health to a lifetime of hard work, martial arts, long bike rides and natural medicine practices. At the time, it seemed like his only weak spot was his upper set of teeth, which had become broken and infected. 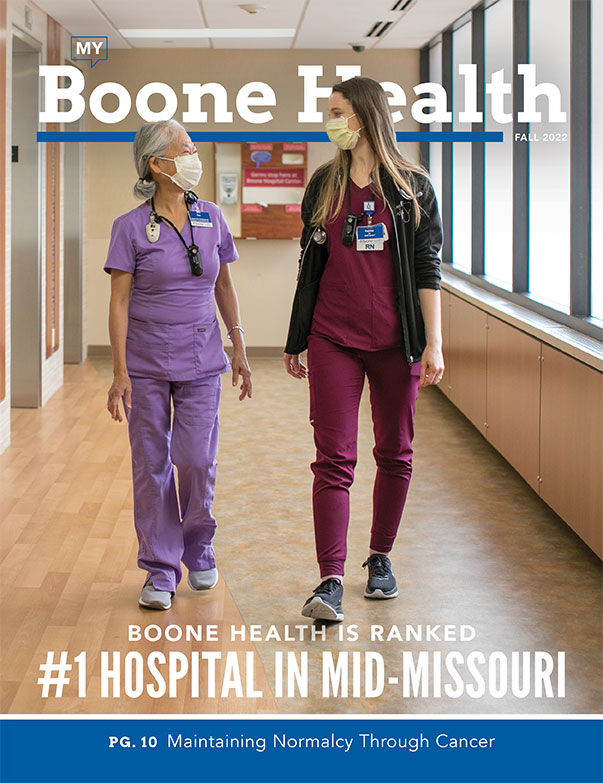